Well the good news is, you are not alone.

Most folk "dislike" (polite was of saying "hate") their photo being taken and indeed the photos themselves.

The next two blogs (this Blog and Part 2 to follow) are going to change all that.

I shall be discussing tips on how to stand (Part one) to taking control of the mindset when entering a photo session (Part two) to help you with your business headshots.

I shoot portraits a lot. These may be outside where I'm mixing natural and flash light to indoors working within the controlled environment of a studio set up. Either way those having their photo taken usually appreciate a tip or two on what to do. This could be from how to stand to where to put your hands.

I usually boil it down to a few tips otherwise there is overload.

So let's get going.

5 Picture Perfect Posing Tips to transform how you can pose for your photos.

1. Tip One - Shoulders off to the Side

As a rule, turning slightly side-on can help your pose.

It tends to make the body look narrower.

This is suitable for all.  It can also give the appearance of slimming down the body which can help. This works for men and women equally and of all ages, shapes and sizes.

Its a great starting point.

In this shot, the newly appointed CEO of the Seanamic Group was requiring photos for a press release. I photographed him in a studio I set up in their Glasgow offices.  I shot a series of pics to give options.  There were different arm positions, shoulders varied etc. etc. used over the course of about 30 minutes or so photography and we went through the images there and then to make sure we were both happy. The whole photo process took about 2 hours from start to finish: from arriving, setting up the background and lights to departure.

It could also be said that being slightly side-on looks more natural than standing straight on to camera.

Straight on is of course an option but tends to infer power, strength and perhaps suggests a bit of a challenge to the viewer. It would work for, say, a rugby player. 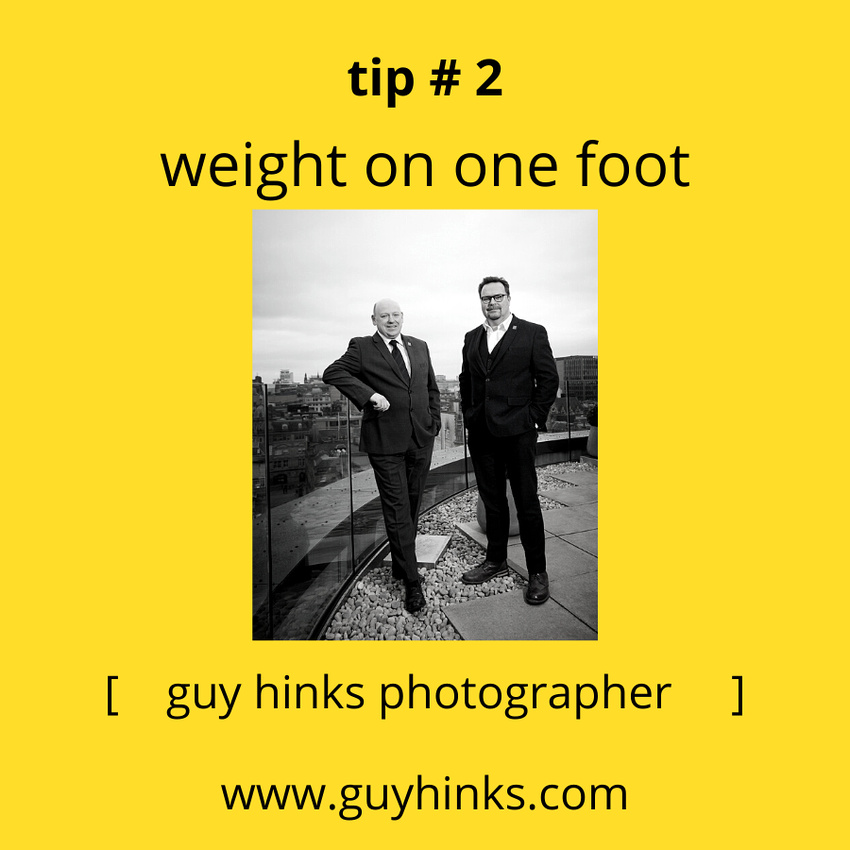 Dancers tend to move about with their weight one one foot so that the other leg can be positioned to look good. Same idea with a photograph.

The two gents here were to be photographed with City of Glasgow in the background to link their Glasgow Office to a charity relationship that was being announced.

The challenge here was of course time (the usual issue) but also being fairly high up the winds were strong and gusty which raised issues with off camera lights on stands: but they were secure and safe. Obviously health and safety requires to be observed in every shoot.

Here is a good example of two stances which is helpful.

The gent on the left has:-

1. His weight clearly on his back foot and his front foot is lifted slightly and pointing towards the camera; and

The chap on the right has:-

1. His left foot pointing to the camera which is good.

3. His weight evenly distributed on both feet which, although is not in keeping with this advice, works.

As both of them are not standing in the same way the image, arguably, looks more natural.

So in summary tip 2 is weight on one foot, feet in a V-shape and the front foot pointing towards the camera. 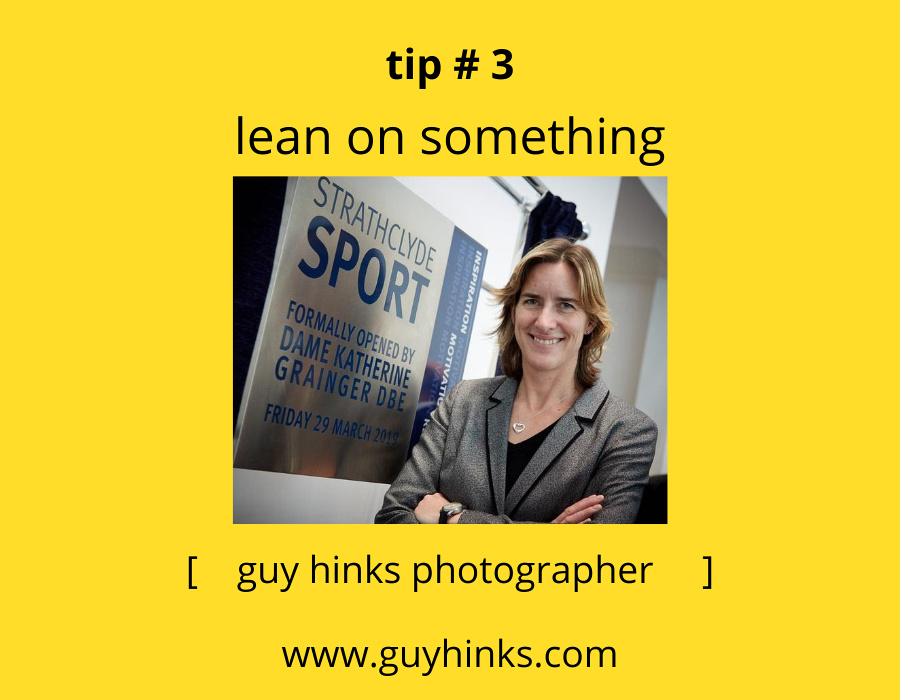 3. Tip Three - Lean On Something

It just settles folk down. I know it myself.

I was raising money for the UNICEF Nepalese Children's Appeal a few years back following the earthquake there. I was selling prints taken in Nepal with all profits going to the charity.

A full double page spread of pics was being published in my local paper to help promote the cause and the reporter needed a headshot.  I had the studio lights set up etc.etc. and nothing seemed to make me happy. I "disliked" every shot.

I nearly had a tantrum and ended up leaning against a wall outside for the photo and, hey presto, sorted.

In this photo Dame Katherine Granger DBE was opening a new sports facility. I had taken the usual line up shots of senior management etc. and wanted one image which focussed on the plaque and Katherine herself. So I asked her to lean against the plaque, carefully (plaques at unveilings are invariably on fairly lightweight stands - not designed to support a human being...) and then I took a few frames.

So find a wall and lean into it. Find a table and place a hand on it. Railings. Whatever. There are loads of things you can lean on, just have a look around - it will help. 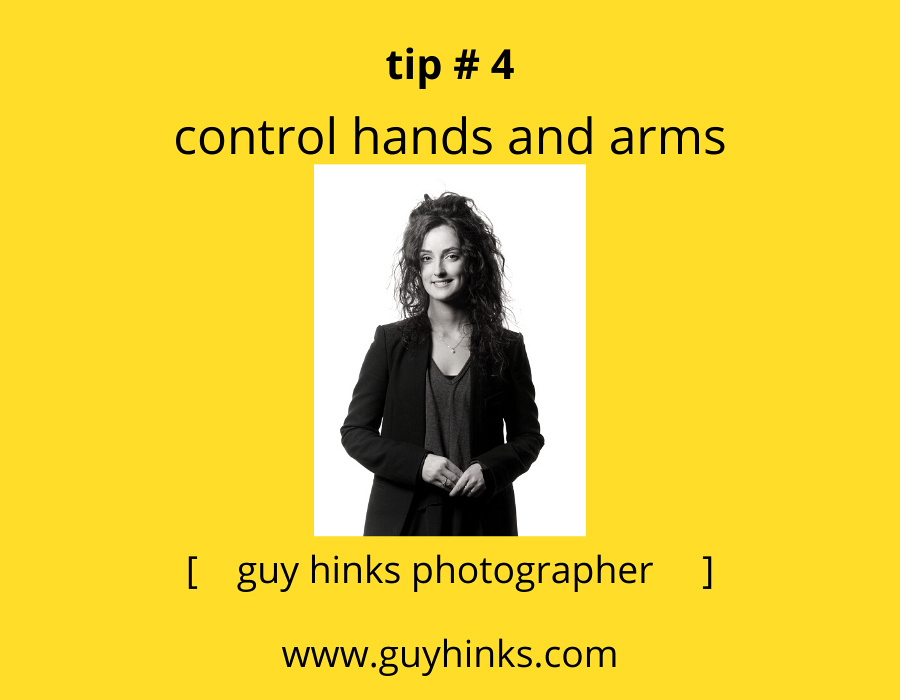 As soon as you are in front of the camera your arms seem utterly useless. Dangling. In the way. Awkward.

Whole chapters, or indeed probably books, could be devoted to this issue.

But here I will boil it down to a few very basic Tips and Tricks.

1. Tuck your hands away.

Put your hands in your pockets.

Some folk might not like this. It might appear too "casual". But it is better than leaving them awkwardly to each side of the body. So if you are struggling, try it.

You may also want a little gap if possible between the body and the elbow. Bend the elbow too. 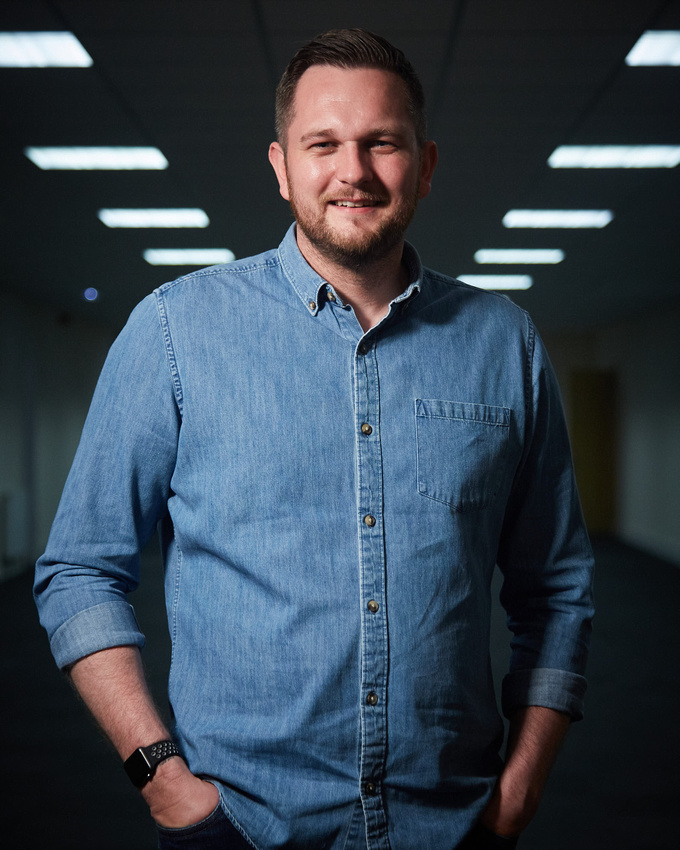 2. Hold your hands in front of your body.

This just keeps them in control - I usually suggest just below belly button height - too low and your shoulders slouch - too high and it looks odd.  Watch, though, that you don't hold your hands flat against your stomach. It might then look like you're doing an expectant mother's baby shoot....nothing wrong with those for the avoidance of doubt (before I generate a controversy) - but the mums-to-be tend to deliberately hold the bump to draw attention to it.

In this shot the gentleman is holding his hands in front of his body with arms slightly bent at the elbow. The hands are asymmetrical. There is a gap between the elbows and the body to avoid the body looking too wide. If the gap wasn't there it would be a wider area of solid suit.  Here there were a few shots sent to the client from arms folded, to hands in pocket and so on. A variety - the images are used for Linkedin to Bid Documents. 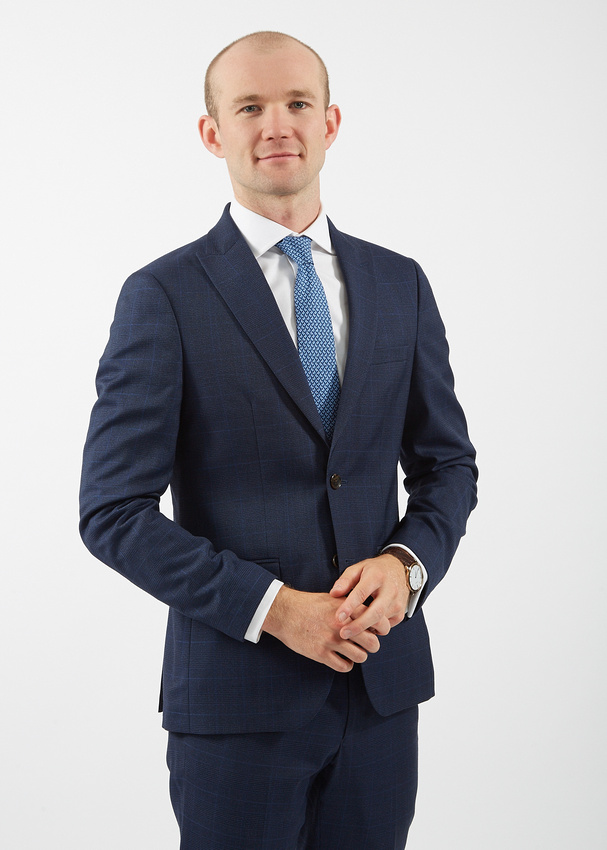 This helps keep the arms in the shot and the horizontal line it creates is parallel (almost) with the bottom of the frame. On occasion some might say this is a  "defensive" pose but that depends on the accompanying facial expression. For me its tidy: as long as it suits the shape of the body - doesn't suit everyone. 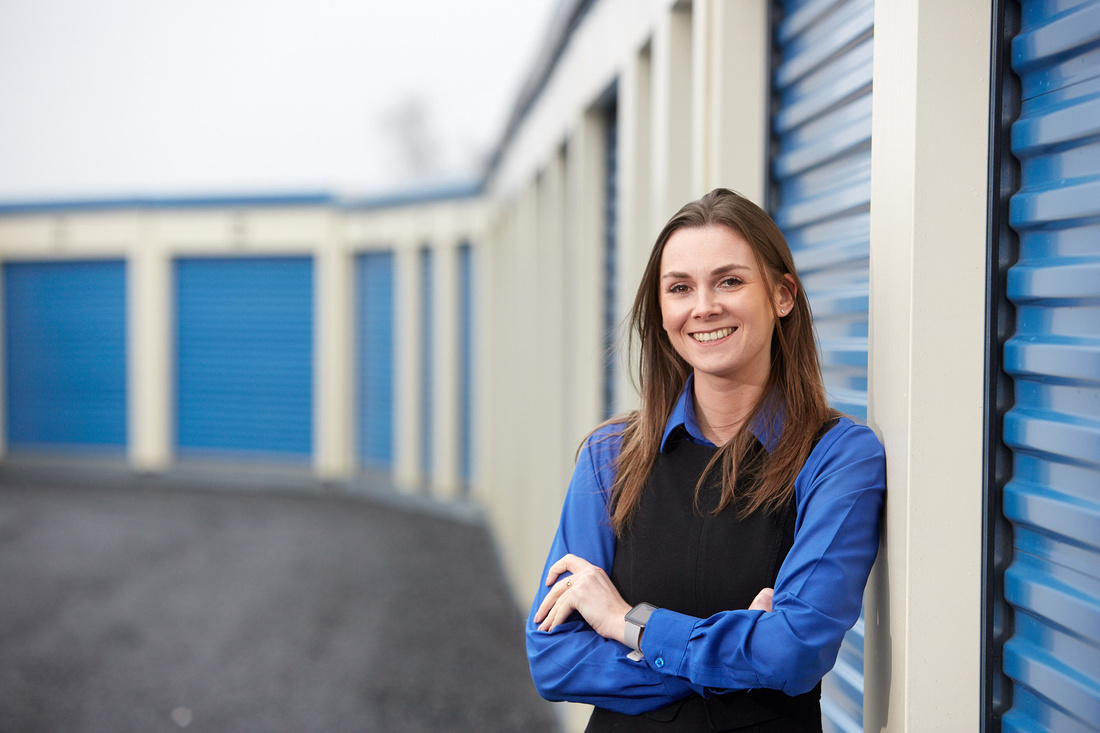 The whole photo shoot experience for many can be a nightmare.

I know. I've had to endure it myself.

So to help this the next blog will be looking at how to manage your anxiety, nerves and confidence.

I have met with Glasgow-based Performance and Sports Consultant Jeffrey Webster who has kindly offered a fantastic performance coach's insight to achieving the best you can. Here's a taster...

So make sure you follow Guy on Twitter, Facebook, Linkedin or Instagram (as well of course at the website) for details of Part 2 which is sure to be full of top tips from a expert in getting everyone achieving their very best.

Posing is not a "one size fits all" thing.

Everyone is different, which is why its more of an art rather than a science.

Not everything here may work for you - just give it a go - it is designed as a starting point - to get you thinking about these things.

You'll be able to see other portraits posing styles in my Business Headshot and PR pages.

So (for now, until Part 2) its over to you to try out the tips and see how you get on.

Leave you comments and tips below and lets all get better at what we do.

And of course, if you wish to book me for headshots then call 07748046102 or email [email protected] I can shoot large numbers of staff to spending a half day with one person achieving a range of shots and styles. Just call.